If you’re trying to move up in terms of how the stakes are in poker, don’t worry — you’re not the only one. We think that there does come a time where playing high stakes poker makes sense. If you have the right mindset, anything is possible. That’s not just something we say to make you feel good. It’s literally true. When you feel that you’re ready to compete at that level, you know it in your bones.

However, a lot of newbies think that jumping into high stakes poker should be easy. Let us be very clear here — you’re in for a rough ride. You’re going to have to practice a lot more than before. All of those times where you went based on your gut? That’s going to be something that ends up messing with you. That’s not a good thing to do at all. You are going to have to make sure that you focus carefully on the road ahead, as well as the little goals along the way.

The mindset matters because the psychological game of poker becomes more evident when there’s higher stakes. You’ll have people that want to push and shove you, because they think that you’re weaker. You’re also going to have to make sure that you have plenty of bankroll. If this is going to be a problem, avoid ring games and play in tournaments only. Usually the tournament format works better because the cost to entry is a lot less. If you’re going to worry about losing everything, you should definitely limit to tournaments only. Keep in mind that you might indeed lose a few times before you really start getting better. Poker is something that you really have to work at for life. It’s something that even the pros say that they have to practice at. If you’re just starting out, why do you think that you can skip over the same steps that made so many famous legends of this sport? 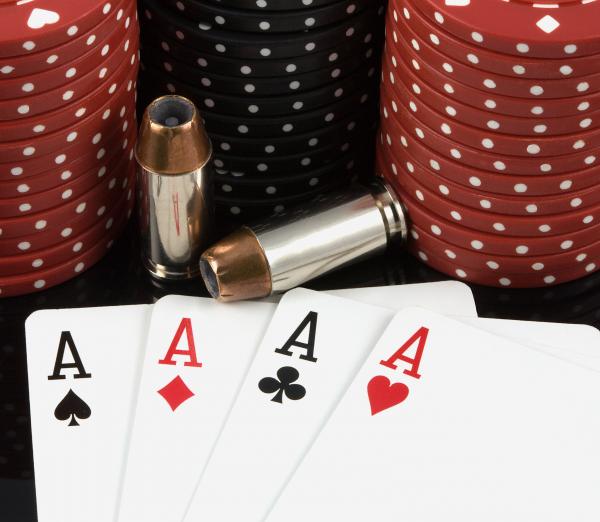 The truth is that high stakes poker requires a focused mind and a calm spirit. You are going to have hands where you’re very sure that you can win — but what if you’re wrong? Could you handle that type of loss? Also, don’t feel like quitting just because your stack is pushed low. You never know when you’ll be able to time a move to steal some blinds with a good hand. You have to make sure that you’re not just thinking about what you could have in hand, but what everyone else could have in hand as well. That’s going to be the same key to overall success.

Most importantly, you want to make sure that you have fun. Poker is something that we absolutely love, but we can admit that there comes a point where you might be burned out. The truth of the matter is that being burned out isn’t something that you want to deal with lightly. It can really wreck your poker game if you know that you’re burned out yet keep playing. That’s just not going to really make sense for your long term gameplay.

What happens when you push instead of rest? You start making risky decisions that take money out of your pocket. Think pros don’t know how to tell the difference? Trust us — they know. They’re hoping that you get so burned out and frustrated that you tilt for good. That means easy money for them. When they’ve sucked you dry, they’ll move on to the next newbie that thought they could handle high stakes poker.

Now, we know that we’re going to get some mean comments, and that’s okay. It’s better to tell the truth and save somebody some money than lie and watch a bunch of people lose money. There’s nothing wrong with lower stakes in poker, and many have added extra money to their account month after month consistently just using good poker theory. But the allure of the high stakes poker battle is one that will always call to people, and that’s why we had to address it today. As always, do what works for you, and have a good time while doing it!

You may have missed

Most Realistic Forms of Gambling to Become Professional in